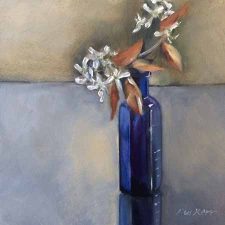 I have now been painting in oils since February 2016, for 8 months after a very long break with just one painting in 2010 since 1975. My mother (aged 87) had asked me to finish one she had started and I did so, then later gave it to the hospital in Dorchester, Dorset; for the visitor's room. She passed away two weeks after her request. I suspected at the time that she was really only trying to get me back into oils as I had not painting in oils since my fine art degree in 1975! In January … END_OF_DOCUMENT_TOKEN_TO_BE_REPLACED