« Previous: Daily Drawing – this time last year
Next: A pair of figs and The Silent Auction » 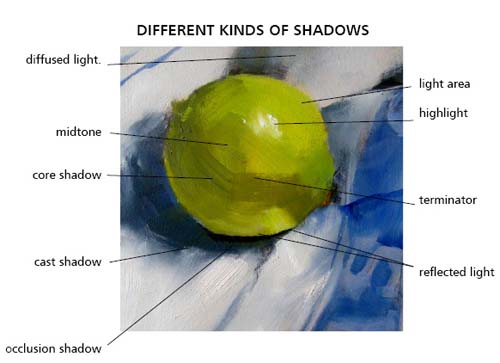 By learning the names and recognizing shadows and highlights help us tune in to observing them when painting in oils. A well lit subject can have at least 10 nuances of colour!