« Previous: An interview on Radio Oxford
Next: My first solo exhibition »

I stumbled across the book The Italian Chapel  by Philip Paris and because I had never heard of this chapel before, the story unravelled as a complete and beautiful surprise. I saw the picture below on the cover of the book and thought it was the book designer’s imagination. I could not have been more wrong!

There were 55o Italian Prisoners of War stationed in Orkney in 1942 to create barriers in the sea between the islands. The men were miserable, cold and homesick and needed something to sustain them. The spiritual men among them longed for somewhere to pray. The camp priest requested that the men be permitted to build a chapel, at no cost, in their own time after a backbreaking day of manual labour. The men decided to use two Nissen huts to create a chapel and their first challenge was to move one of the huts to join the other one. A sudden storm nearly wrecked their plans as the men physically moving the hut got caught in it and had to battle to keep it from being blown across the island. 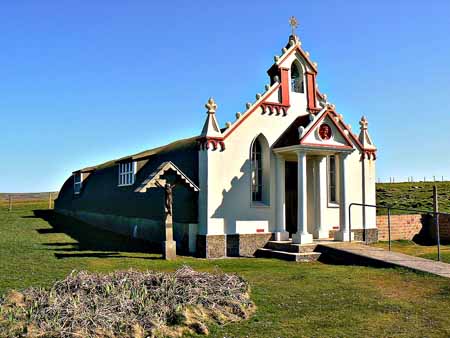 Domenico Chiochetti, a fresco artist painted the interior of the chapel using a little postcard he had as inspiration. 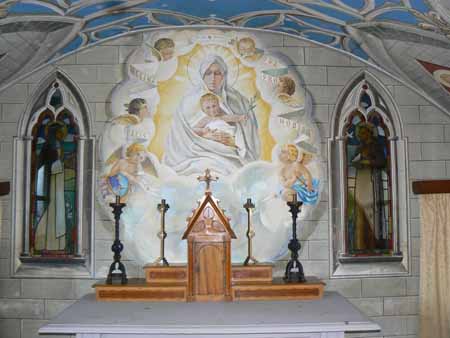 Every item of the materials had to be upcycled form basic available things, The men built a furnace for the rood screen and the light holders were made from corned beef tins. The font is made from a car exhaust pipe covered in concrete. 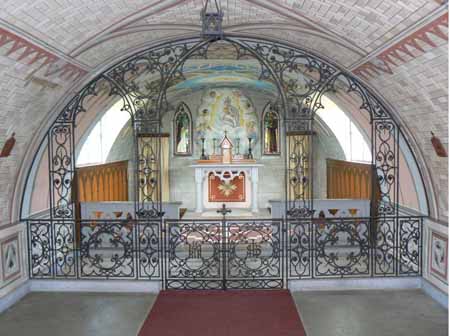 It is so much more than a chapel. It is a testament to man’s tenacity and is a story of courage, ingenuity, heartache and every emotion imaginable. There is something very basic in the way Man has always used all his resources to build incredible places of worship – think of Stonehenge.

It is my dream to visit The Italian Chapel – which narrowly missed demolition after the war, because the man in the bulldozer refused to obey orders and ‘remove every sign of human habitation from the island’.

To read more about it,. just google The Italian Chapel. Feast on the images, and then read the story.