« Previous: Scraps and a new eraser
Next: Give them real ink! – Teaching Children Calligraphy »

I used to run holiday courses in winter in my Cape Town studio. We had a large studio surrounded by trees and it rained incessantly. I have also thought about children’s handwriting and calligraphy since I was about 14. My two left-handed brothers had writing that was hardly legible and when they were about 12, my mother bought Better Handwriting for them and they had to work from it daily.

I took it to boarding school when I was 14 and worked from it for sheer pleasure (unlike for the boys, for whom it was sheer agony) and I gained a sort of immature Italic script, much admired by my peers.  Later I began a teacher’s training course to teach pre-primary, but gave up after 6 months to persue fine arts instead and eventually became a high school art teacher and later an adult art teacher.

How soon should children learn cursive and calligraphy

I believe that children should learn Italic cursive from the word go when they first begin to learn writing, then joining their letters as soon as they can do continuous movement in patterns like loops or waves. There is no point in learning ball-and-stick lettering only to abandon it two years later and do ‘real writing’ or cursive. 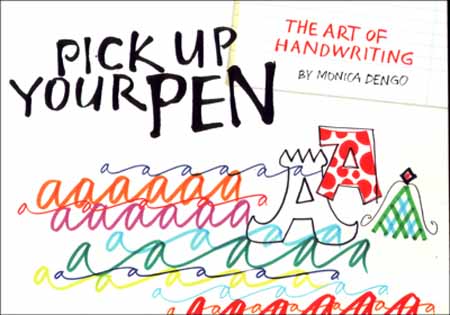 Some cursive styles are just too loopy, but Italic has simple Capital letters and fewer loops whihc makes it more legible. And yes, my left-handed brothers did learn to write legibly. To learn more about school handwriting, visit Monica Dengo’s website or purchase her book. She has designed two fonts for teachers to use for their teaching work. I use these in my mini-books for child-artists and you can see it below on the cover of ABC Uncials. Pre-joined  letters are called Italica, and the joined ones are Italica Next.

So when could children begin to learn calligraphy?

Well first of all, they really need to want to learn. It must be for fun, not for any other reason. More girls are attracted to calligraphy because little girls are generally more dextrous with their fine-motor control. Little boys do better with the large muscles and so kick balls really well compared to the girls! Having said that, my son loved my calligraphy classes and sat with all my women students of 50+ and he was only 16. But he is very dextrous. I think by the time children are about ten, their handwriting is sufficiently rooted to branch out and do some ‘fancy writing’ like Uncials. 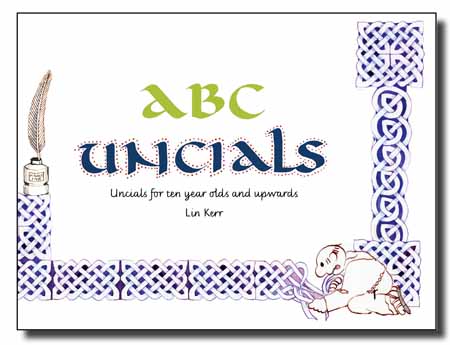 I would not give my little book to anyone under ten unless they were a child prodigy.