My brief was to teach quilters, (who had never done any callgraphy before) some lettering skills to combine with the art of quilting.They felt (as I do too) that using a font in something handmade like a quilt is roughly like adding baked beans to a cordon-bleu meal. 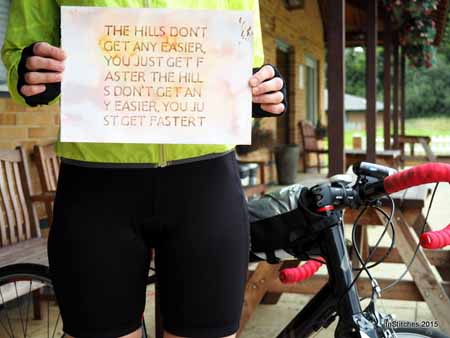 The group In Stitches meets at Yately and is run by Hazel Ryder and Terry Donaldson who run wonderful courses and occasionally invite guest tutors (like me). We have planned three days of lettering. I felt that rather than me trying to teach stitching methods, I should stick to what I know best – lettering with a pen, and leave it to the quilters to work out ways of applying the letters.

We chatted about how to approach this and Hazel and Terry were very keen on the David Jones workshop. I wanted people to have a basic understanding of letter proportions and spacing. I think that the David Jones style, although sophisticated in arrangement and colour, will lend itself to a measure of naivety. These quilters know a lot about colour and placement! We chose to spend one day on Trajan caps and two days next week on David Jones lettering.

So to make the first day more interesting than a dry academic lesson on Trajan caps, I tried something different and it worked! We painted backgrounds in watercolour and while these were drying, got stuck into letter proportions. Instead of the usual pencil monoline, we had Brause Ornament nibs size 2, with brown walnut ink and I gave everyone ruled templates to practise on,to  save time. 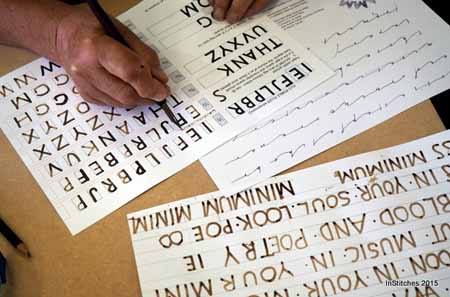 Then to explore contrast, we visited ‘stretched cursive’ very briefly. They did one trial layout and then got stuck into writing on the watercolour paper. The nib was far happier on paper that had ‘bite’ than the smooth layout paper and everyone found lettering really meditative. 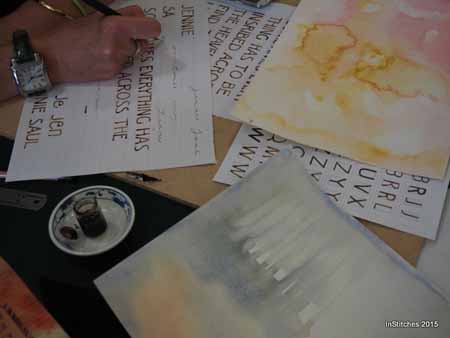 Here are the results below and please note that only one or two people had done any calligraphy at all and the ornament nib was new to all. 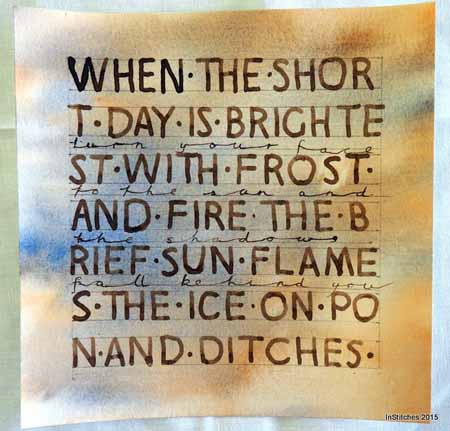 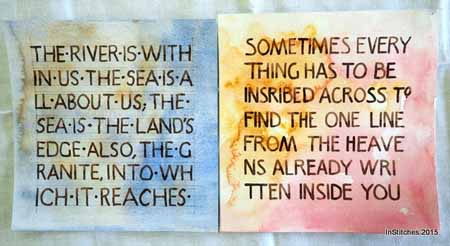 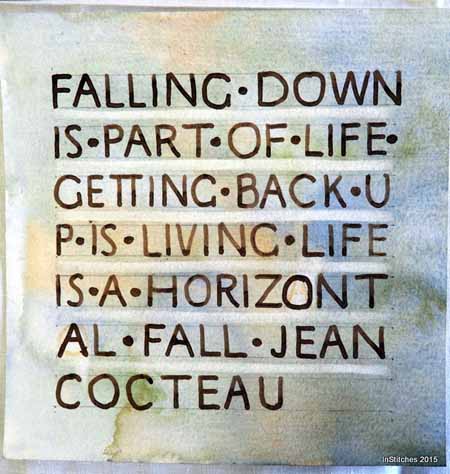 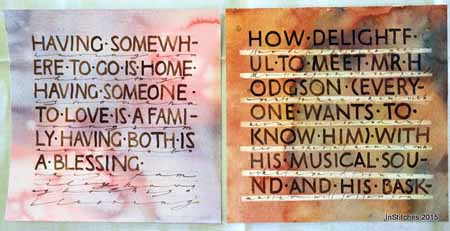 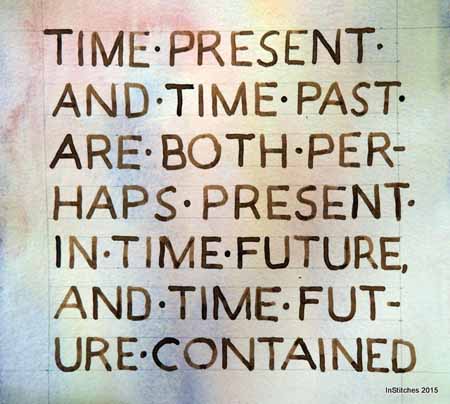 I am hoping that by using coloured backgrounds – which added interest – and breaking words up randomley to fill line spaces, people would get a sense of lettering as texture, where reading takes a bit of work but for the sake of pattern is worth it! 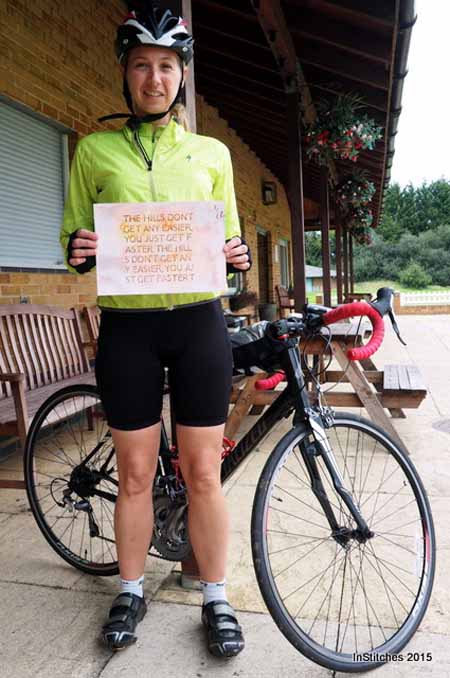 And Bec cycled 7 miles, changed into civvies, served morning tea, a stunning lunch (made by Hazel), served beetroot cake, produced this piece of work inbetween kitchen duties and left early to attend to her family. There must be something in that quotation that works!