« Previous: Book Festivals
Next: The Wantage (not just) Betjeman Festival »

The dictionary says: adjective: relating to or involving the use of the imagination or original ideas to create something. “change unleashes people’s creative energy”

Is creativity only the domain of the artist? No, no no! It is the domain of all of us. We can all be creative if we want to be. I used to think it meant doing painting (well) or making music (beautifully) but later came to realise that actually it is an act that makes the mundane more beautiful or exciting or fun or less mundane or more meaningful or even just a talking point (as in Conceptualism) etc.  It is adding thought-energy and exalting something. Take oranges. Put them in a beautiful blue bowl and WOW! 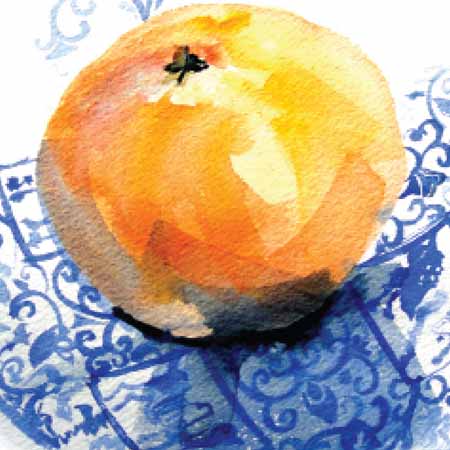 I once heard about an applicant who claimed he was creative and the interviewer asked him what he had done that was creative. They helpfully gave a list which was – When did you last plan a spontaneous picnic , original birthday party, write a story, entertain friends and decoarate the room, etc…You get my drift. We all possess creativity and once we get into the mode can harness it.

Money is a bit of a stumbling block. To be honest, I feel I could be more creative if I could afford a studio chalet in France every summer; but on the other hand, I might just get lazy! Money makes us go to restaurants instead of making meals, getting canned entertainment instead of creating it.

Creativity also follows a sequential path. I stumbled into a Weeping Beech almost by chance last week; this week I had three grandchildren to entertain and so hey, what a cool picnic place – a magical tree bower in the middle of Oxford! We took lunch, bunting 9as one does), a blanket, drawing stuff and some story books to read (The Tall Book of Make-Believe and Brer Rabbit). Other daughter Megan (their aunt) came as well and en route we picked up a cousin…

Then after lunch we spent 15 minutes drawing – that was the time limit. And luckily we only found out that children may not climb the tree once we were packing up to go!

What really cool creative things have you done lately?