« Previous: The Artist’s Integrity
Next: Tone and texture »

Ahhhh, the July giveaway – now this is NOT nepotism, just co-incidence, but I was delighted when my brother Des’ name was pulled from the hat. Des is a brilliant photographer, although in his day-job, he is a Mining & Cementation Engineer.

Des Vlietstra says:  “Each persons’ face can tell a story but their eyes reveal their soul”

and goes on to say: ‘In my job, I travel a great deal and photography adds another exciting dimension to my travels.

I spotted the Himalayan man from a distance and snapped him unawares as he was coming towards me. Sometimes, I engage with the people of whom I am taking portraits, like the Delhi Beggar below. I was in a very busy market square in New Dehli, India. This man was sitting in the middle of the thronging crowds with a begging bowl. I sat down on the ground in front of him, put some money in his bowl and asked him if I could photograph him. I took about 10 shots to get the one I liked. He was delighted with the image and the money!

I have a bad habit of staring into people’s eyes, something I have never been able to explain. I’m not sure if its just fascination, but I feel as if I am looking into their souls. Eyes are however a very important part of taking portraits, and possibly why I enjoy portraiture so much. The Peruvian Miner, below, has a very penetrating expression. She is a geotechnical engineer at a mine that I visited in Peru, at over 4000m in altitude and she was our guide. 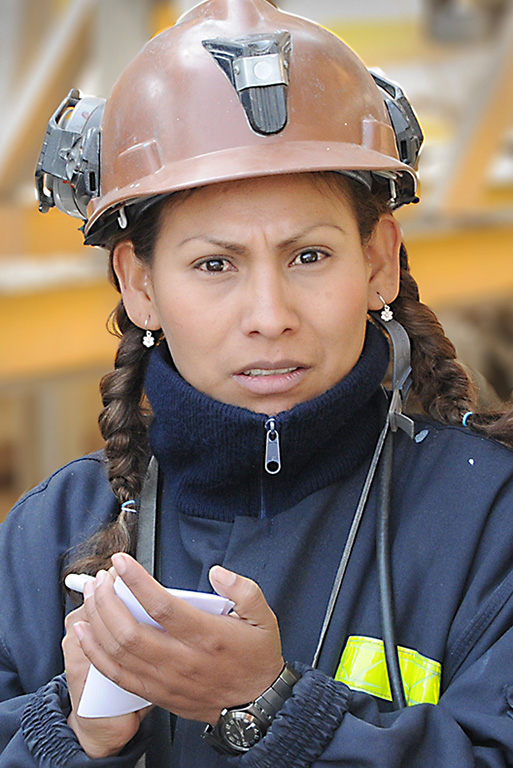 So when did it all begin? Well, at the age of 5 my brother handed me his Kodak Brownie and I snapped my first photograph -probably without a film in the camera. For the next 10 years I often borrowed my Dad’s Roliflex and did dry shooting (no film); just fascinated by the workings, how the leaves of the aperture opened and closed and the speed of the shutter with that definitive click. In those days films and processing were costly!

In my final years of boarding school I discovered that everyone wanted images of themselves and events and by borrowing my mother’s Canon, I could add to my pocket money!

Later, as an adult I started to view photography as a serious hobby and art form. Until then I had always felt that art was out of my reach. With this realisation, having owned various cheap cameras, I finally indulged in what I considered to be an expensive camera. Little did I know! Eventually I got my first really decent DSLR (Nikon D200) and then I decided if I wanted to progress with photography I should enrol in a class. I found a portraiture course that was 1 evening a week for 6 weeks and the bug bit.

Depending on time and circumstances I become quite involved with my subjects. In Nepal, I took a lot of photos of people at an informal settlement (squatter camp) and the next day I went there with a huge pile of prints and handed them out. I also spent a few hours with street kids and got some lovely shots and again gave them copies. On this occasion, I met another photographer who was working with them, so I had to buy a second hand guitar to win the children over and get them to allow me to photograph them – there was quite a vetting process and this is a story on its own.

When I snapped the Cambodian children, their mother was selling post cards and trinkets near the Angor Wat ruins near Siem Reap, Cambodia. She let me photograph her children and I got great results.

And here I am, 3 cameras later with a shed full of equipment (Mainly lighting and light modifying gear) and a bag full of lenses. And I now have two years of full time photography study  (after my working day hours!) under my belt.

This was a portrait of a woman who was sitting in front of her home in one of the narrow back alleys.

My photography has been a very stimulating hobby and I have met many people from all walks of life. The camera has enabled me to engage with them in a comfortable way which would not otherwise have been possible’.

And a PS from Lin: I chose to put this portrait last, because, although I really like all Des’ portraits, this one is my favourite in that this portrait makes me want to do a painting of this woman and try to capture her serenity.