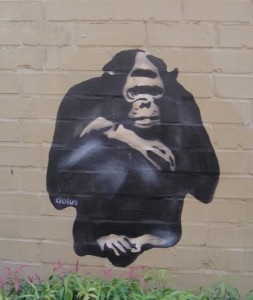 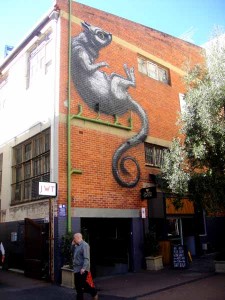 The first few murals I saw in Perth were exciting, but slightly Banksy-ish, but not Banksy (I think not?) At least there is a break form Grafitti which I think has rather had its’ day. Grafitti is banned and artists have been invited to decorate walls – what a good way to nurture pride in a city. 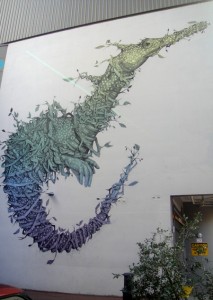 I’m showing you these to show the variety (although for aesthetcis I’ll admit I skipped a few…) and I really liked this until I noticed the hand and then I gave it the thumbs down – excuse the pun.
But right next to it was these whirling floating figures, whose outer gamrents seem to be floating away. I only noticed that detail now! 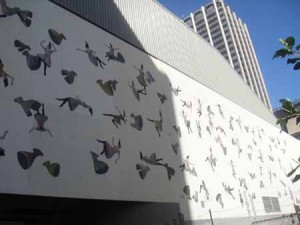 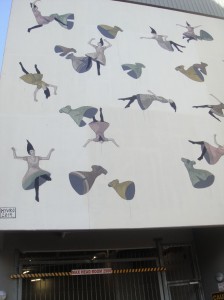 Then my brother and I popped into an arcade for a sushi snack next door to Jamie Oliver’s restaurant and Voila! The mural of my dreams. 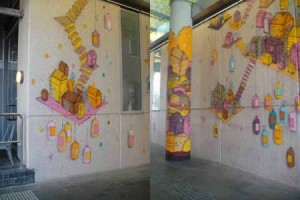 And this one was all done with a spray can! 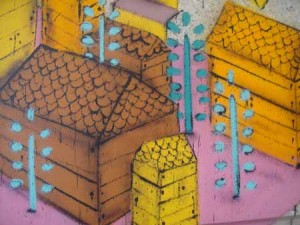