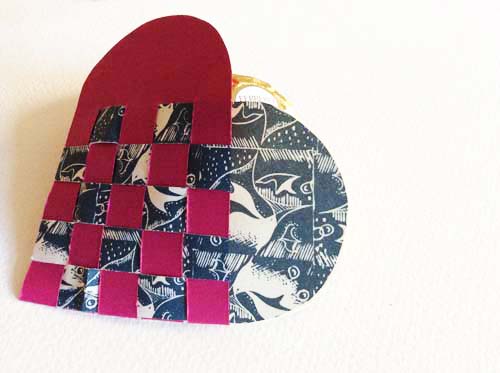 This is a 3-dimensional heart and it is an interesting spatial awareness exrecise!

The next step in the above heart will to be to loop the middle blue finger into the centre of the top pink one that is being woven…unless you loop each loop into the middle of the next one it will “stick” the hearts together in the middle instead of allowing the heart to open as a basket.

It’s really hard to explain but these photos may help you do the right-brain leap. You open the hearts and work in a 3-D way. I hadn’t made one for several years so it took me a good half an hour to work it out again. 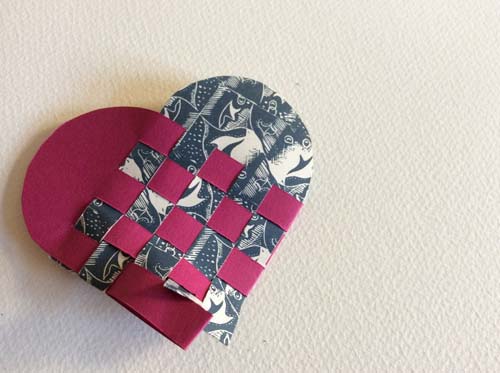 Perhaps this last photo explains it. You can see that the pink one has to go through the second to last blue loop. Then the last blue loop has to be tucked inside the pink one. If your head isn’t slightly geeky it may be hard to fathom, so don’t feel insecure if you don’t ‘get it’ ! Some people learn by trying, some by watching and some by hearing. It’s too complicated for me to explain in a nutshell! 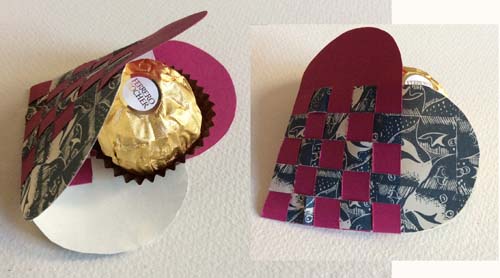 But here you are! All done with a table choccie inside.